Disclosure: This post may contain affiliate links. I receive a small commission at no cost to you when you make a purchase using my link. Learn more
Home » Softeners » What Is a Water Softener and How Does It Work? 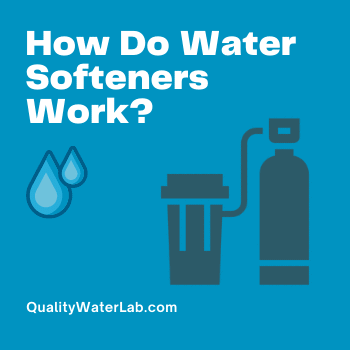 Hard water is challenging to live with but buying a water softener can be equally intimidating. The technology is simple, but the jargon is head-scratching.

What is hard water, and why does it matter? How exactly does a water softener work, and what do sodium ions have to do with it?

If a degree in chemistry is all that stands between you and softer water, join us as we answer these questions and more.

What is Hard Water?

Water is hard if it contains high levels of hardness minerals, primarily calcium and magnesium. Millions of American homes have a private well or public water supply with high mineral content.

Is Hard Water Dangerous to Drink?

But the EPA classifies hard minerals as secondary contaminants because of the havoc they can wreak on your home. Calcium and magnesium may be good for your body, but they’re bad for your plumbing.

Do I Need a Water Softener?

More than 80-percent of Americans have hard water, but only recently have its destructive effects been recognized.

We’ve long known that hard water minerals can be responsible for dry skin, dingy clothes and water spots on dishes. But because it’s not a health hazard, some homeowners choose to live with it rather than buy a water softener. It’s a bad decision.

The choice to soften water is a matter of preference, but hard water is a death sentence for most appliances in the modern home — coffee makers, washing machines, ice makers and dishwashers. If you have the repair shop on speed dial, hard water may be to blame.

How Do I Fix Hard Water?

How Do Water Softeners Work?

A water softener works by removing hard minerals through the ion exchange process. Systems consist of two parts —a softening tank packed with tiny resin beads and a brine tank loaded with salt.

As hard water moves through the softening tank, the negatively charged resin beads attract hard minerals with a positive charge. Calcium and magnesium ions are effectively trapped and kept out of your plumbing system.

When the resin bed is saturated, meaning that the resin beads in the softening tank have reached maximum capacity, a highly concentrated solution of salt is released from the brine tank. Known as the regeneration cycle, the brine solution breaks the electrical bonds, rejuvenating the resin beads and sending hardness ions down the drain. Only soft water flows through your home.

It’s a self-cleaning system, and best of all. It all happens automatically.

How Do Water Softeners Regenerate?

The programmable electronic control head monitors water flow, and upon sensing the resin bed is full, it initiates a regeneration cycle, triggering the release of brine solution into the resin tank. The process takes a few hours and can happen overnight for convenience. Soft water isn’t available during this time.

Most softeners come pre-set to regenerate every three days until you program the head. Once you input your water hardness level, the system takes it from there.

How Do You Install a Water Softener?

A water softener is plumbed into your main water line near an electrical outlet and a drain, usually in the basement or garage where incoming water enters your home. They’re DIY-friendly to install if you have basic plumbing skills.

Pros and Cons of a Water Softener

Water softeners are highly effective, but they’re not without flaws.

Do the pros of a water softening system outweigh the cons? We think so.

Is Softened Water Safe to Drink?

During the regeneration process, ion exchange softeners release sodium ions. If you’re on a low salt diet, softened water adds as much sodium as you’d get in a tablespoon of ketchup.

The lack of minerals won’t affect your health either. Calcium and magnesium are beneficial, but we get plenty of them in our diet.

The scientific consensus is that soft water is perfectly safe to drink unless you’re particularly sensitive to salt or are on a strict low-sodium diet. You can reduce the risk by substituting potassium chloride pellets for sodium chloride in most softeners.

What Is a Salt-Free Water Softener?

Salt-free water softeners, also called water conditioners, prevent limescale without removing hardness minerals. Instead of the ion exchange process, they rely on Template Assisted Crystallization Technology (TAC) to change the molecular structure of hard water minerals so that they don’t stick to pipes and water heater elements. Calcium and magnesium ions remain suspended in water and flow harmlessly through your plumbing system.

Sodium-free water softeners have benefits. They’re environmentally friendly and welcomed in ecologically sensitive areas. And with no noisy regeneration process to worry about, you can have a saltless water softener installed anywhere, even if you have bedrooms on the same floor.

Unlike ion exchange, the sodium-free water softening process creates no wastewater, a plus in drought-prone areas. It requires no brine solution and adds no sodium ions to your diet.

Do saltless water softeners work? They do. Research shows they prevent limescale as promised and are virtually maintenance-free. But only the brine-based water softening process removes hardness minerals. A sodium-free water softener won’t give you a soft water experience in the shower.

It’s critical to have your water tested before buying a water softener. As hard water passes through the mineral tank, contaminants like tannins and iron can ruin the resin beads.

You also need to know the level of hard minerals in your water supply to choose the right size softener system and program it properly. A test breaks down your water chemistry and tells you the precise concentration of calcium and magnesium ions.

You could guess how many minerals are in your water based on hard water maps, but sizing is crucial. An oversized water softener won’t soften properly while an undersized system will regenerate too often, chewing through salt.

Pros use this formula to calculate the most efficient water softener size:

The number of residents in your home × their average daily water use (80-100 gallons) × grains of hardness.

You shouldn’t lose sleep over hard water, yet its impact is too serious to ignore. Now that you know how a water softener works, installing one is a simple fix.